This post may contain some affiliate links for your convenience. We may earn money or products from the companies mentioned in this post.

There is something I really admire about my husband. That is his ability to never accept a price of a service or item without asking if it could be better. This quick outline of some of the best negotiating strategies to save money when moving will give you confidence for your negotiations.

I have learned from watching him that I leave a lot of money on the table and the art of negotiation is something I need to practice more. When it came to negotiating with the moving companies, we worked together.

The bottom line, moving is expensive. Throw in moving across the country and the price has just doubled. The cost of the truck, paying a driver, gas, mileage, packing and unloading the truck. It all adds up quickly.

Negotiating Strategies to Save Money When Moving

This is what we did. We started by calling several moving companies. We had them come out and give us quotes on how much it would cost. We even called a company that had us take videos on each room and then they watched the videos with us and made a quote at the end. Their concept was to cut costs by not hiring someone to go to each home. 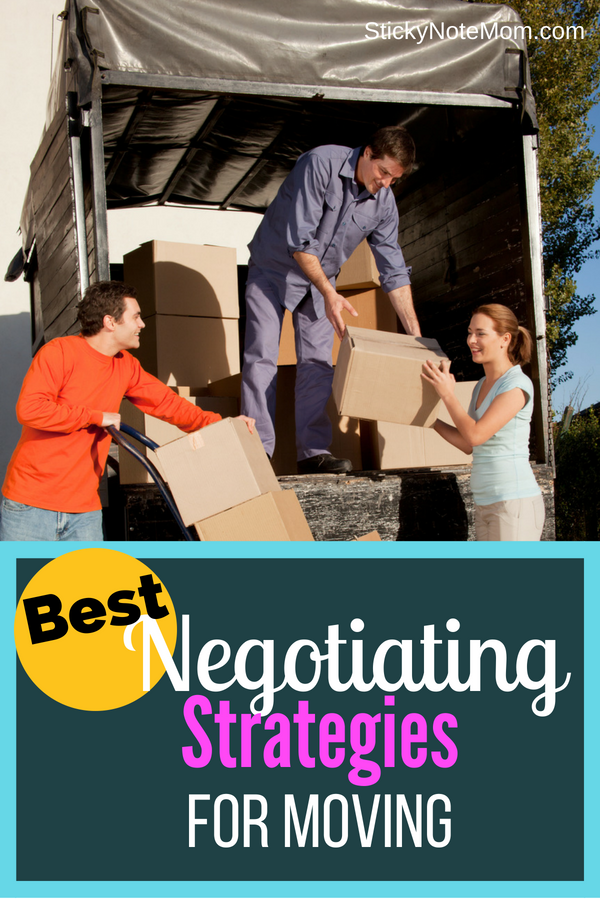 Get quotes from 4-5 companies. The more quotes you have the more room you have for negotiations.

Once we had the quotes, my husband and I had a conversation about how much we wanted to spend on the move. We had quotes from $6500-$9200. Remember, this is a cross-country move so they are expensive! We decided that we wanted to be under $7500. That was a target price with the companies.

We then called each of the salesmen back and said look, we have a quote for X amount, how close can you get to that price?

They would then ask if we were taking everything they had written down on their sheet. By that point, we had decided not to take a few things that were quite large and heavy. So they took them off which would lower the price.

Eventually, they would tell us their drop dead price. At that point, my husband and I have another talk and agree to the terms of their price. Sometimes, the salesmen are not nice during this process and they stop calling back. If that happens don’t worry about it. They lost the business. This is why it’s so important to have more than 1 company come out. We had 4 companies we were working with.

Related: How these simple moving tips will save your budget 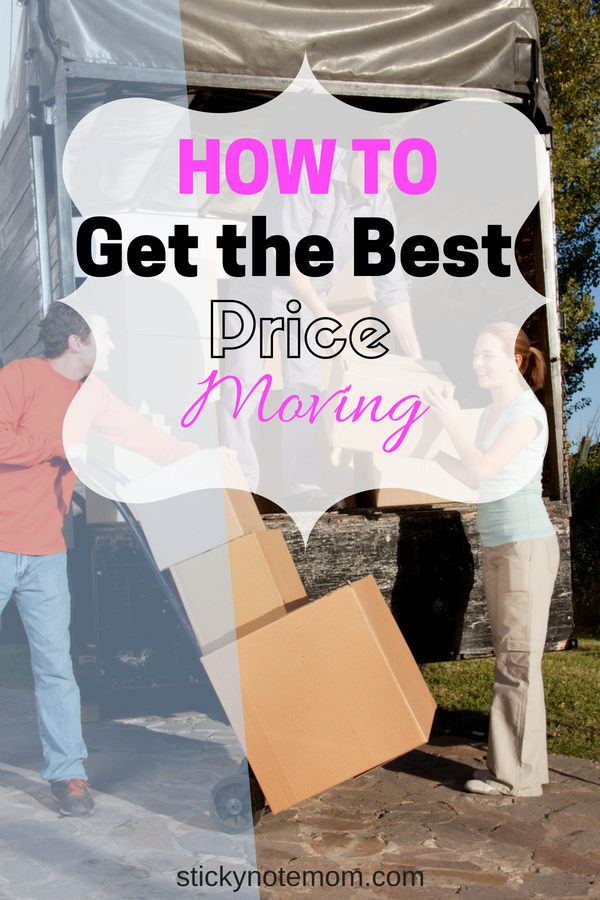 There are multiple types of moving estimates.

The first is a Non-Binding Estimate. This is an estimate based on the weight of your stuff when the person comes and does a walkthrough. Most people (including my husband and I) don’t like this type of estimate. Because it’s a non-binding estimate, if your stuff weighs more than what they originally estimated, they can charge a premium for the extra weight. So rather than paying, say, $0.80 a pound as they initially quoted, you will now pay potentially 2x or even 3x more.
The second is a Binding Estimate. The thing to remember about this is that it’s a FIXED price. This fixed price is based on the approximate weight of your stuff. The mover can’t charge you more if you have more than they anticipated. But the flip side is if you have less, you don’t pay any less. Meaning, the fixed price is the fixed price.
The last is a binding, not to exceed. This is what we chose to go with. What this meant was that if our shipment was heavier than what they anticipated, they wouldn’t be able to charge us anything additional. It’s capped. But if the weight goes down, we pay less. We only pay the cost of shipping the actual weight. This is what happened to us. The weight was less than what was originally estimated because we had some last minute things we chose to give away or throw away.
Along with the pricing, moving companies might throw in boxes or specialty wrapping. To us, those weren’t really negotiating tools. Especially since I was getting half our boxes for free.

Why would you negotiate?

At the end of the day, it’s your money and you get to decide how you are going to spend it. If you feel comfortable spending $9500 moving across the country, then you should. But if that number makes you uneasy then you need to see if the company can do better than what they originally quoted.
Negotiating strategies to save money when moving is something you have to feel comfortable with. As I said at the beginning, my husband is amazing at this skill. Since being married to him I have learned to ask the question, “can you do better than that?”
It’s not something I am totally comfortable with, but I am learning to remember to ask. That is the first step in negotiating.
You May Also Like: How to Stop Spending Money You don’t have 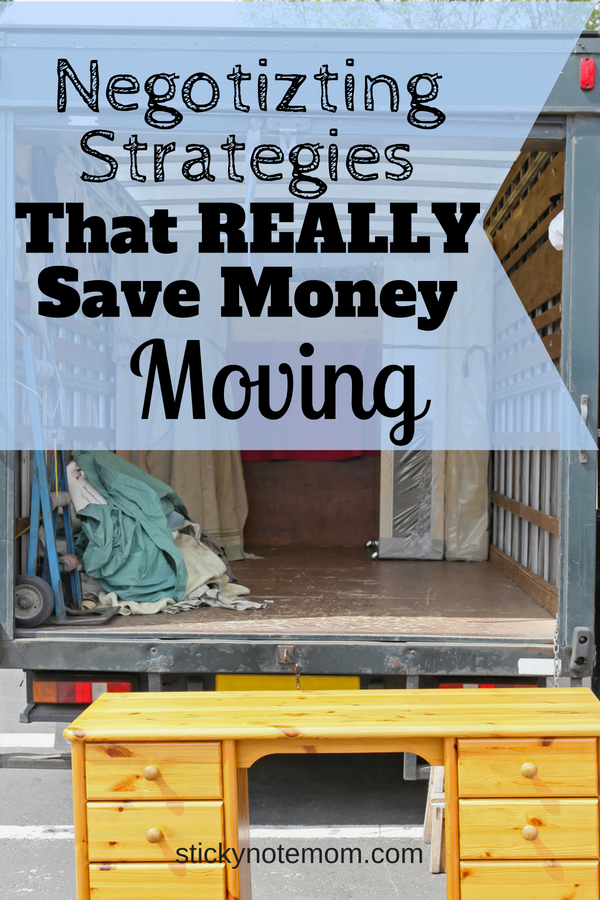 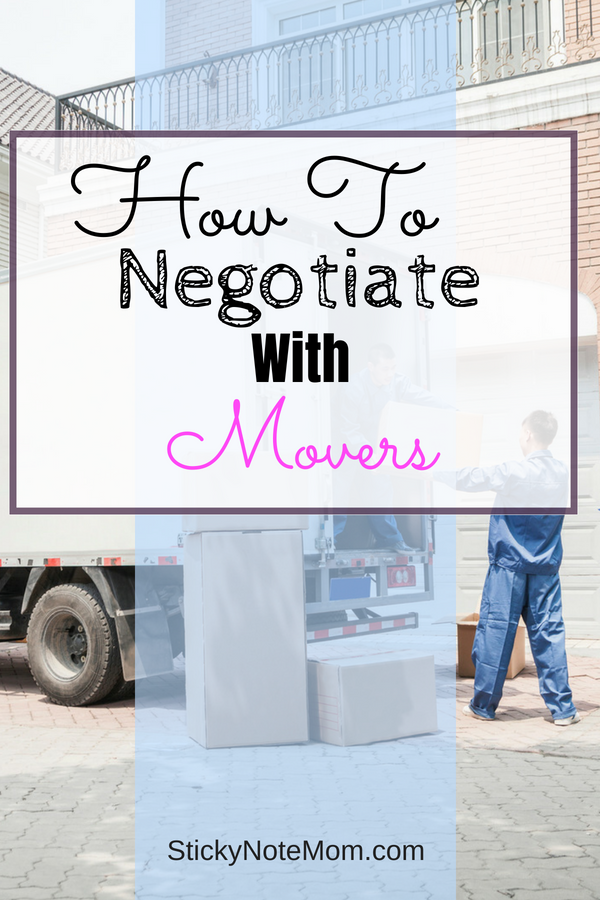 Stephanie has been blogging at Sticky Note Mom for 4 years. Before starting her blog she worked in the finance industry working on the floor of the Chicago Board of Trade to working for major financial institutions with personal financial planning and the mortgage industry. Now she shares all she has learned about frugal living to help others learn how to stop spending and start saving more. 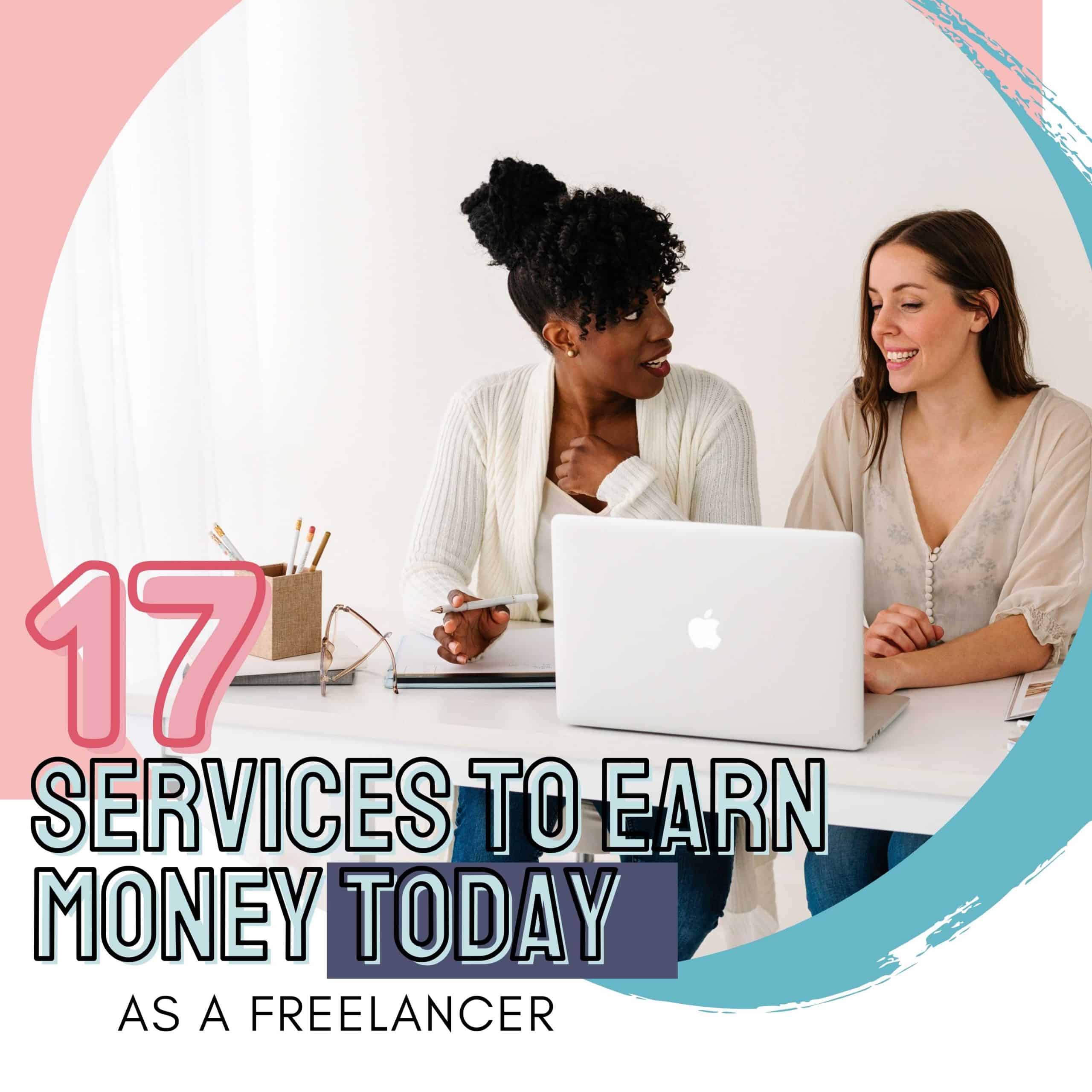 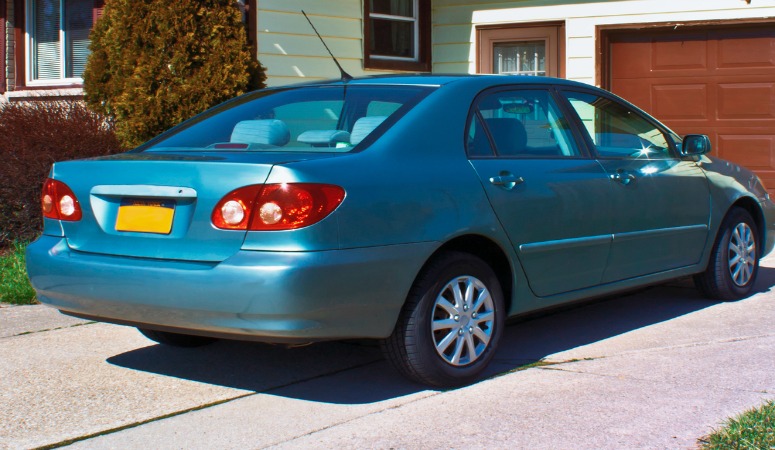 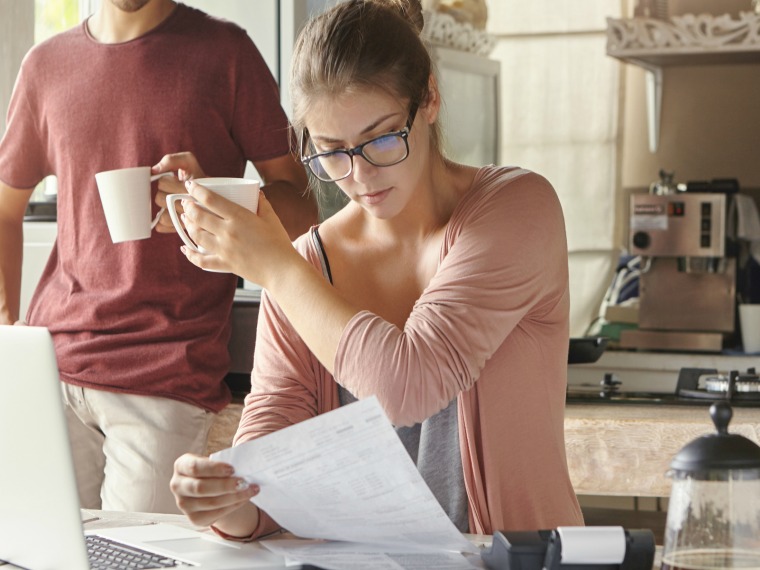 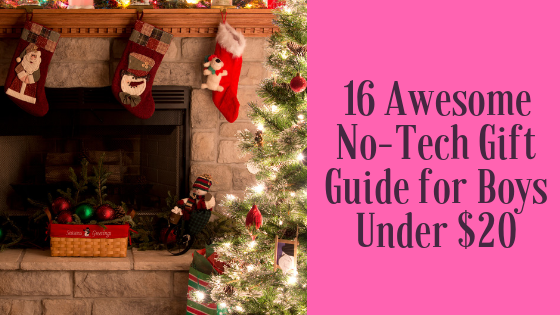 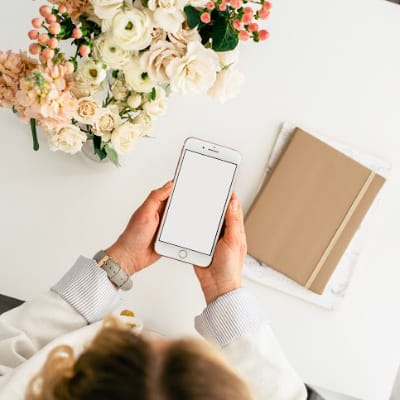 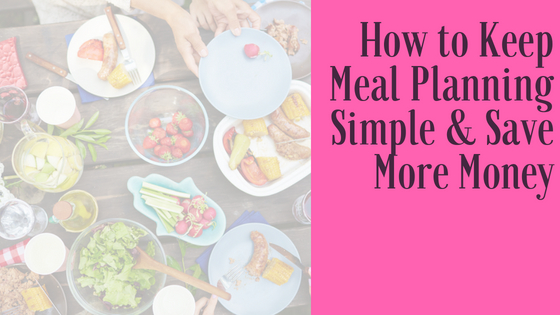